Send us your details and a message and we'll get back to you as soon as we can.

Thank you! Your message has been received. We will be in touch with you very soon.
Oops! Something went wrong while submitting the form. Please refresh the page and try again. 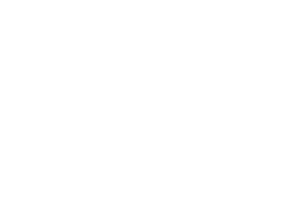 Scoil Béal Átha Grean (Ballyagran National School) was officially opened on July 1st, 1974 as an amalgamation of four primary schools in the parish:

One of the first visitors to the new school was the Liam McCarthy Cup, resident in Limerick since victory in the All-Ireland Senior Hurling Final the previous September (1973). The staff of the new school were:

The Very Rev. Fr. Thomas O'Donnell P.P. was the manager of the school. A school transport system for the new school was organised at the time to provide free transport to all pupils living in the catchment areas of Castletown, Colman's Well and Killacolla Schools as well as to all pupils living more than three miles from the new school. This was normal practice and is still in operation today.

Since then the school has seen periods of great growth and change in structure and in staff. Many staff have come and gone, many with a long association with the school and the parish e.g. Séamus Quill, Bridget Vaughan and most recently, Bridget O'Brien, Ger Geary and Patricia Barry. The building has been extended on numerous occasions. In the early 1990's, an enrolment of over 200 pupils was common which was an incredible number given the rural dynamic of the area. Since then there has been a gradual decline in numbers but has now stabilised at around 100 pupils. With the setting up of Seomra Bhríd in 2015, we have seen renewed growth and investment in the school initially with an extra teacher, 2 new SNA's and a further growth in staff and building since the arrival of our new ASD unit "An Cuan". With thanks to the investment of local parents and community members and through the long running lotto, we completed the new Astro-turf in 2017 which has added a fantastic new dynamic to our school and is now an invaluable asset to daily school life.